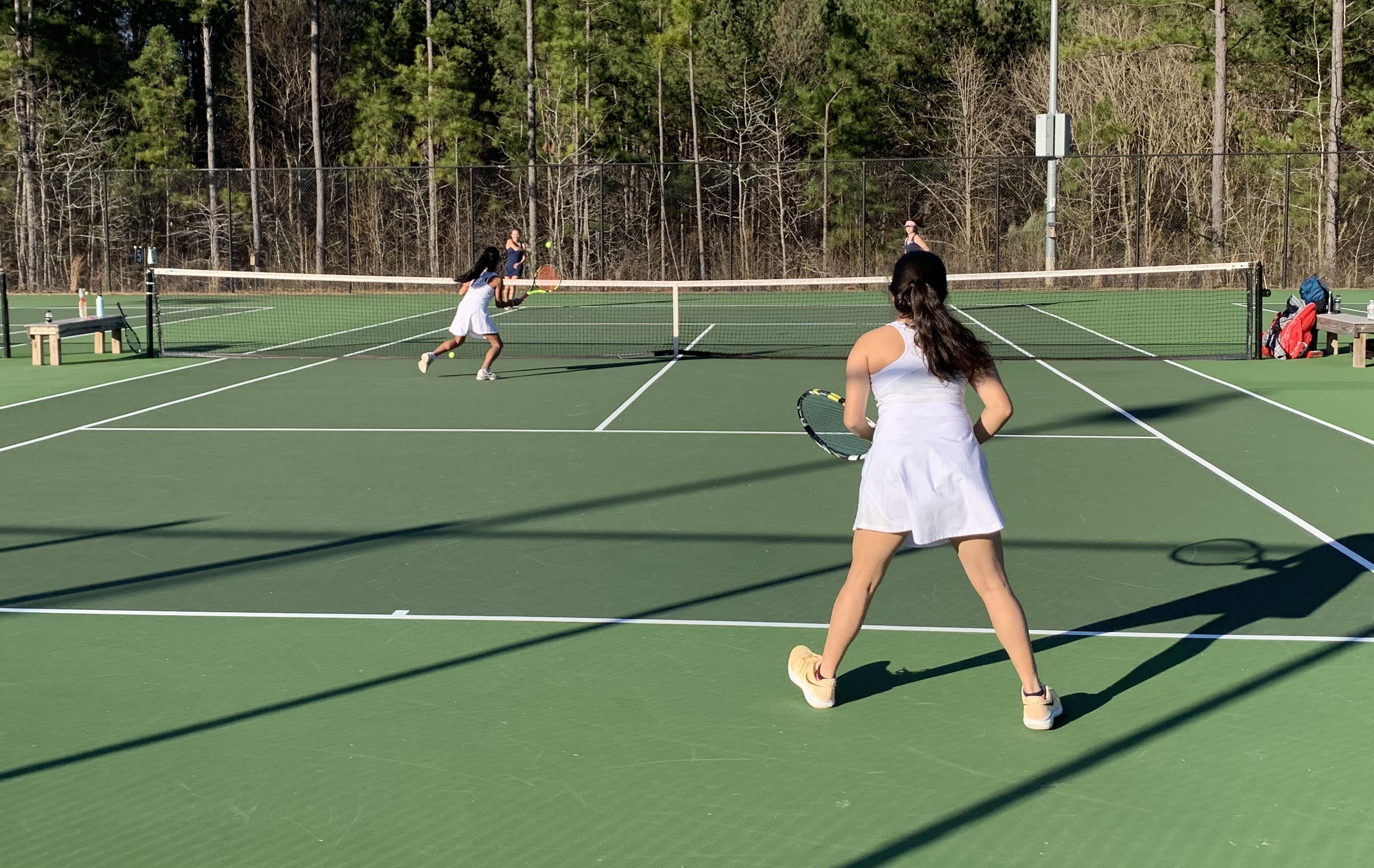 The Hoover High School Girls Tennis Team has had an impressive week of tennis. Starting off with a match against Homewood, delayed to Wednesday due to weather, the girls secured a 9-0 win. The matches started off with doubles, with #1 doubles Kennedy Ward and Chinonye Mbanugo, #2 Angie Morales and Emma Burch, and #3 Arya Tamhane and Sowmya Suresh (featured above) all brought home wins. After doubles concluded, every single girl went on to win her singles match, including #1 seed Ward and #4 seed Emma Burch winning their courts with a score of 8-0. Other winners of singles included #2 Morales, #3 Segen Lister, #Mbanugo, and #6 Tamhane, none of whom let their opponents get more than 3 points.

After securing the match against Homewood, the girls hit the road to play their annual match against Gulf Shores. The match began as usual with doubles, which saw #2 doubles Morales and Burch, #3 doubles Tamhane and Suresh, and exhibition doubles Lister and Sara Lopez come out as winners. The #1 doubles seed was barely lost in a close tiebreaker score of 4-7. Singles matches began and every single girls won her court. Notable wins include #2 Morales and #5 Tamhane winning with scores of 8-0. Other winners include #1 Ward, #3 Lister, #4 Burch, #5 Mbanugo, and exhibitionists Lopez and Suresh.

The girls play their next match on Wednesday afternoon at Hewitt-Trussville, so come out and support the team!