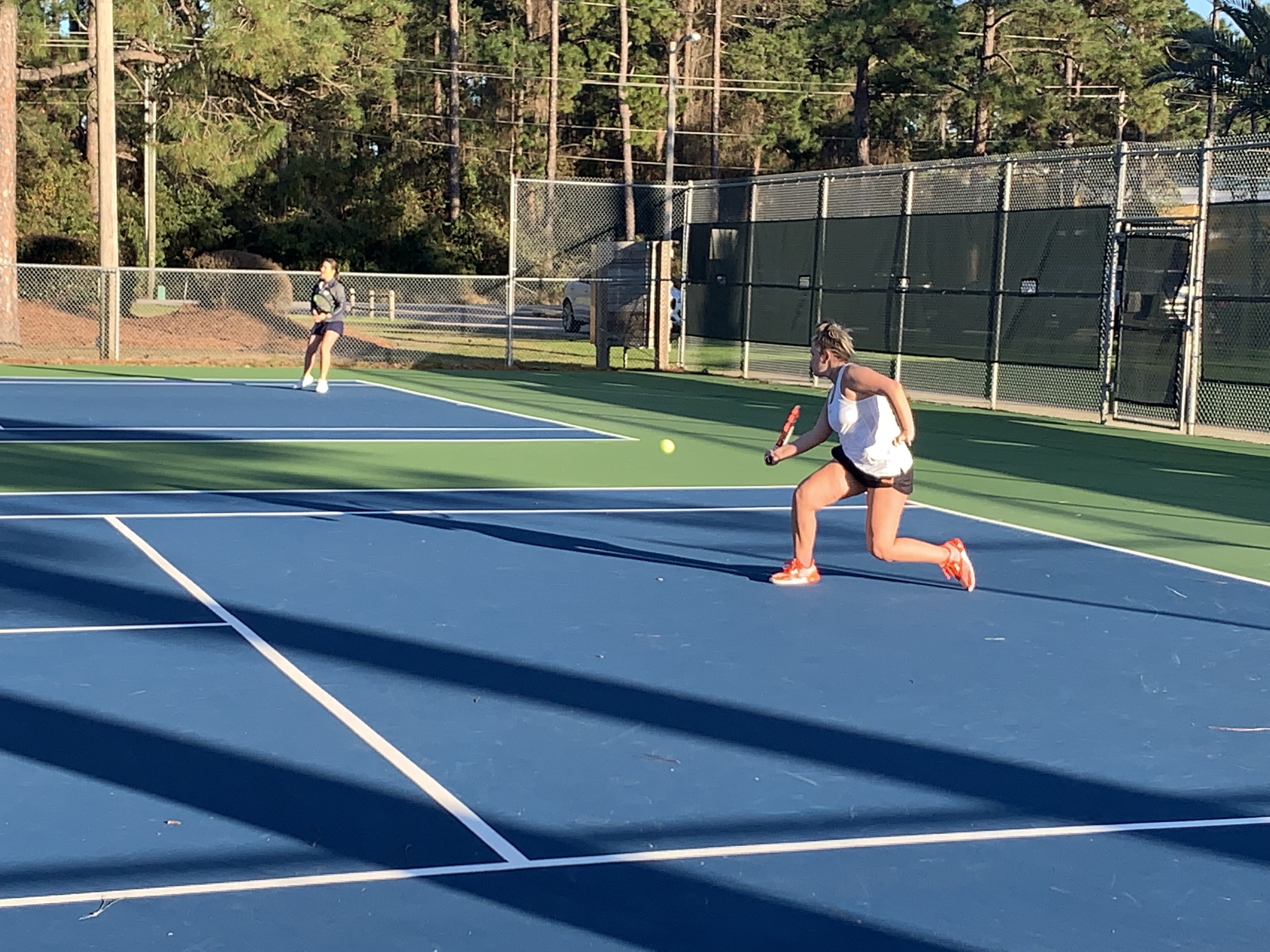 Hoover came out the victor in their Friday afternoon match against Gulf Shores High School. The girls started off the match with a clean sweep of wins in doubles, including #2 doubles Arya Tamhane and Sara Lopez who won their match with a score of 8-0. The wins continued through into singles matches. Even though every player was bumped up to a higher seed, including Caroline Long (featured above) who played as first seed, every girl still won her match. Not only did they win their matches, but Arya Tamhane, Emma Burch, Sara Lopez, Sowmya Suresh, and Segen Lister all won their matches with scores of 8-0. Finally, Rachel Yuan won her exhibition match with a score of 8-0 as well.

Pending good weather, the girls play their next match against Pelham High School on February 13th at 3:45 at the Pelham Tennis Center.

Regional Championship
9:00 am
View All Events