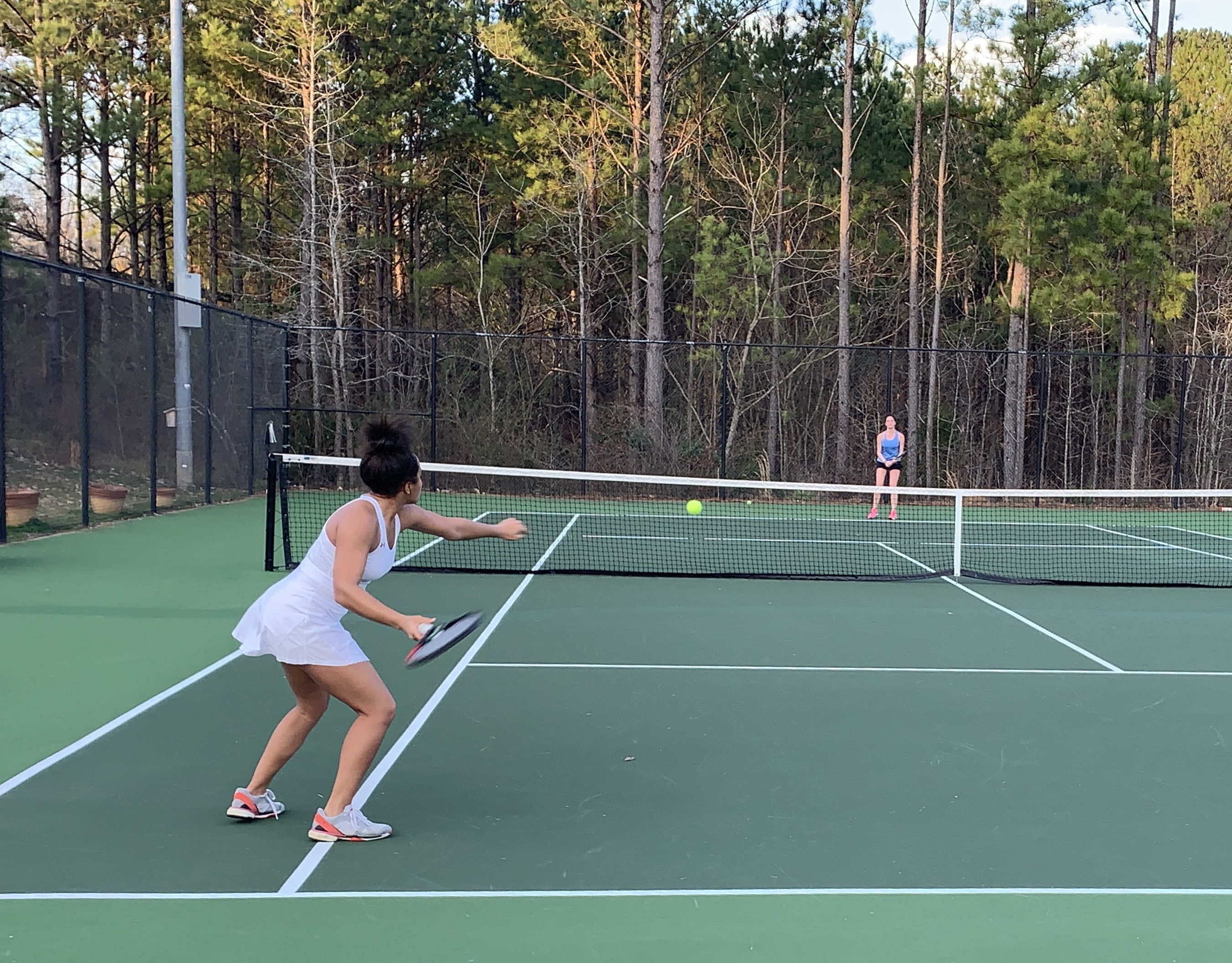 The Hoover High School Girls Tennis Team beat Helena in a 9-0 Wednesday evening. As usual, the match started with doubles and was an indicator of the level of gameplay to come. All doubles seeds won their matches, and #3 doubles seed Arya Tamhane and Sowmya Suresh closed their match with a devastating score of 8-0. The strong victories continued into the singles matches, especially for #6 seed Arya who closed out her match with another score of 8-0. A substitution occurred at the #5 seed that allowed #7 seed, Sarah Lopez, to play in her first match for the season, and she was able to secure a strong win with a score of 8-1. Other singles match winners include #1 seed Kennedy Ward (see featured photo), #2 seed Angie Morales, #3 seed Segen Lister, and #4 seed Emma Burch. The Girls Tennis Team will be participating in the Frostbite Tournament all day on Saturday 2/9. Come out and support the team as they take on other schools at The Pelham Racquet Club!