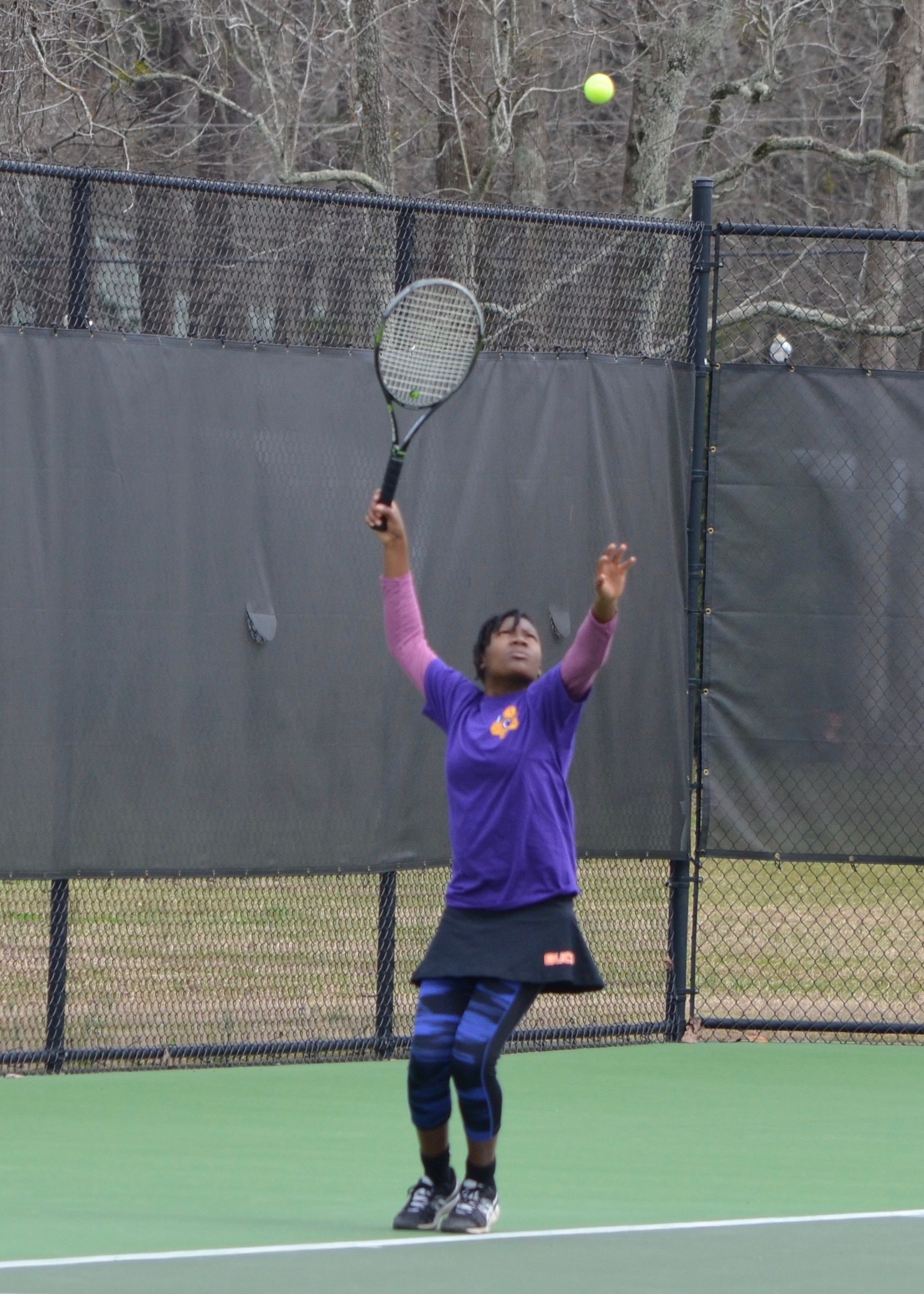 The Hoover High School Girls Tennis Team beat Hewitt-Trussville in an away match with a score of 3-6. Because this was a section match, the girls knew they had to perform their best, and they ended up coming out on top against a very tough opponent. Doubles started, and even though the competition was tough, both the #1 seed (Kennedy Ward and Chinonye Mbanugo) and the #2 seed (Angie Morales and Emma Burch) came out on top. After securing two wins in the doubles matches, singles began, and once again the competition was tight. #1 Kennedy Ward had an impressive win over her opponent. Despite her opponent catching a break and winning a few points in a row, Ward was able to overcome her streak and close out the match with a win. #2 Angie Morales also had an impressive match, winning against a substituted player with a clean sweep of 8-0. Singles match winners also include #5 Chinonye Mbanugo (featured above) and #6 Arya Tamhane.

The girls will play their next match against Pelham on Monday the 11th. Come out at 4:00 to support the team!