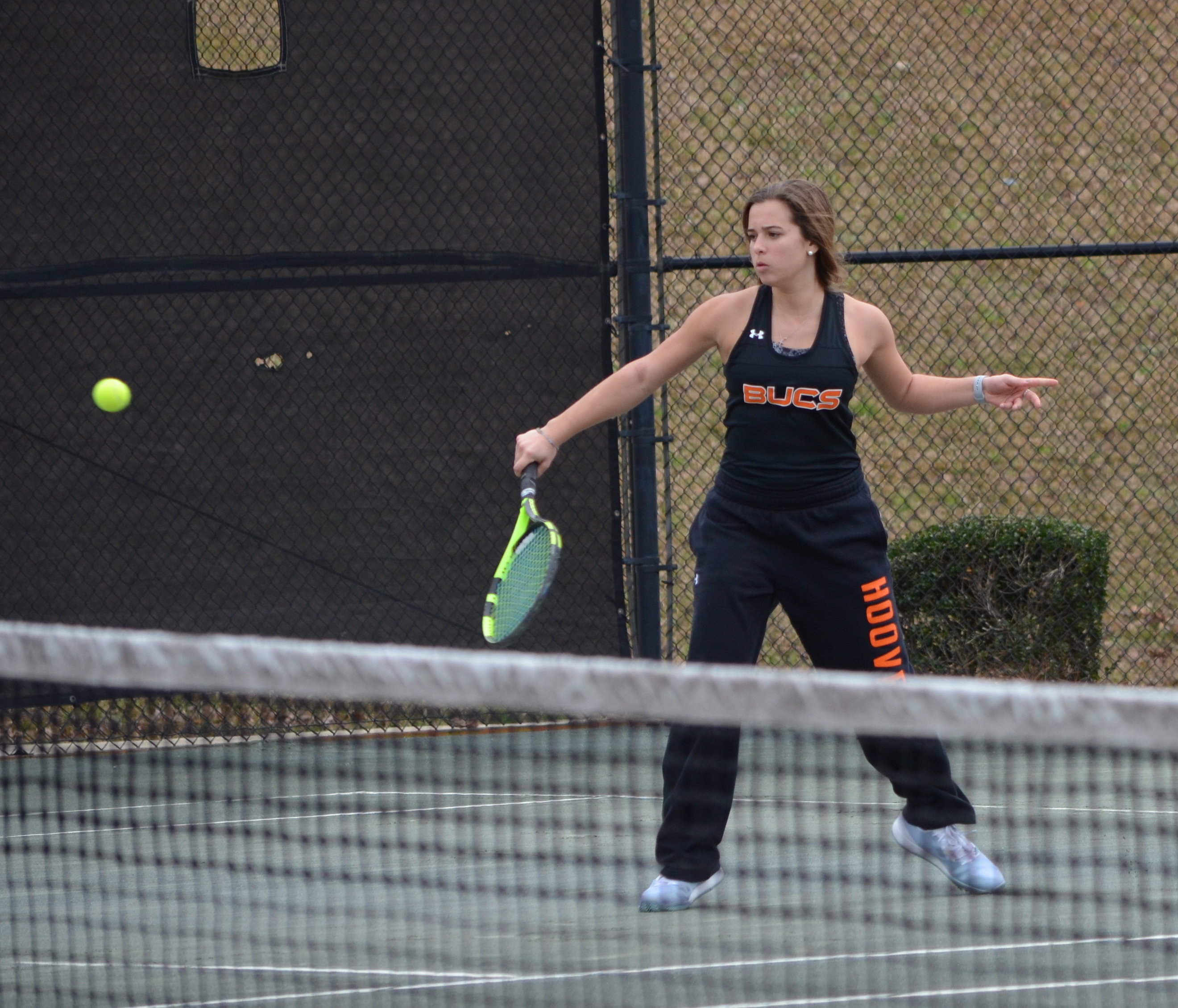 In a strong showing at their second section match of the season, the Hoover Varsity Girls Tennis Team won with a clean sweep of 9-0 against Oak Mountain. Starting the match with doubles, all teams had impressive wins. Both the #2 doubles (Angie Morales and Emma Burch) and the #3 doubles (Arya Tamhane and Sowyma Suresh) won with scores of 8-0. After winning all three doubles matches, singles began and the girls continued to play agressive tennis. Keeping their opponents to low scores, winners of the singles matches include #1 Kennedy Ward, #2 Morales, #3 Segen Lister (featured above), #4 Burch, #5 Chinonye Mbanugo, and #6 Tamhane.