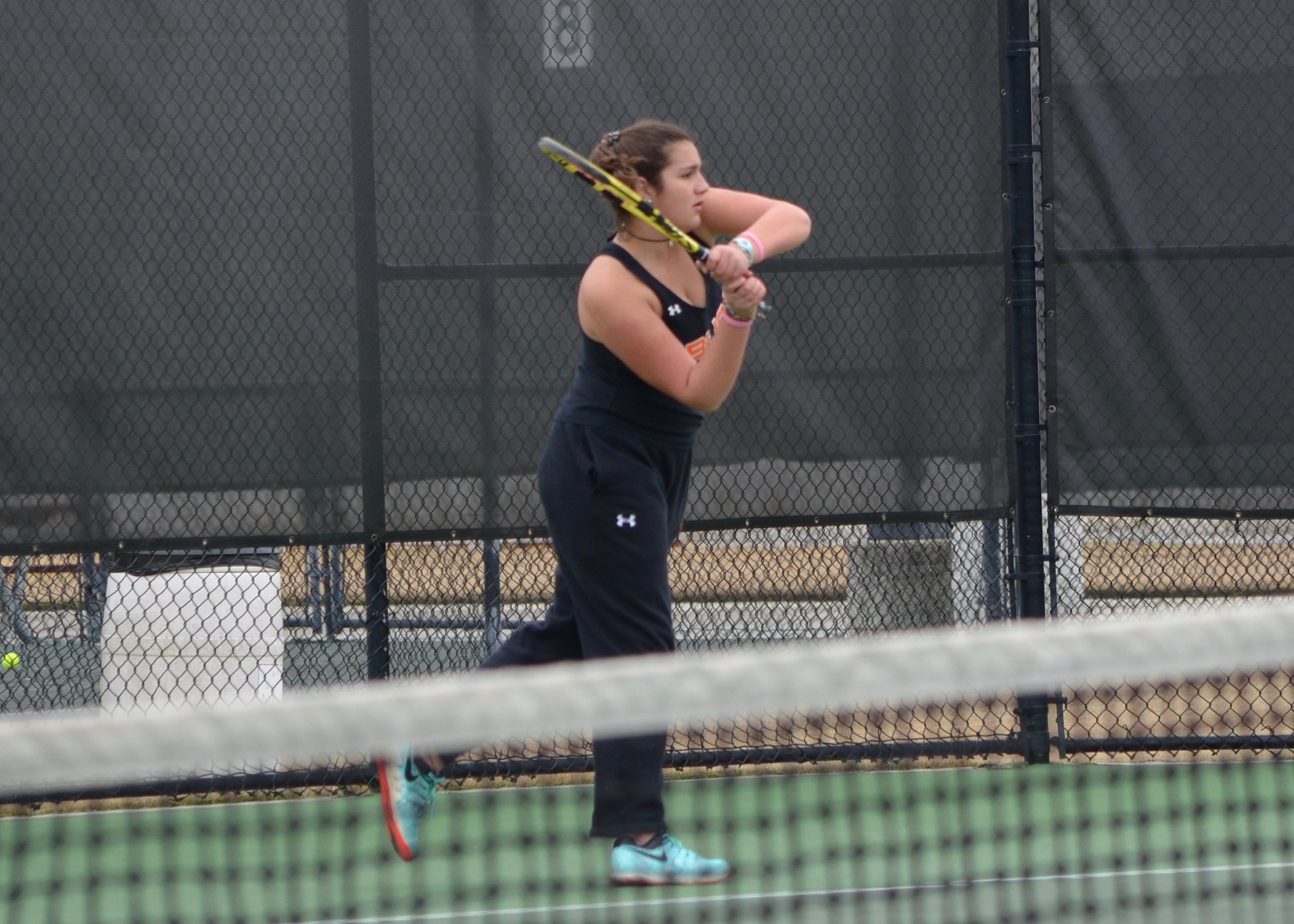 In their toughest match of the season, the Hoover High School Girls Tennis team fell to Vestavia Hills with a score of 3-6. The match started with doubles and resulted in three losses. The #3 doubles team of Arya Thamhane and Sowyma Suresh came very close to overcoming their opponent with a score of 6-8, and the exhibition team of Segen Lister and Sara Lopez (featured above) won with a score of 8-2. Singles matches began with a score of 0-3 and the tough and close match continued into these rounds. Some winners came out on top against their opponents. The winners include #2 Angie Morales, #5 Chinonye Mbanugo, and #6 Arya Tamhane. Though the team performed better in singles, it wasn’t enough to overcome the group of talented girls playing for Vestavia.

The Hoover Girls play again in an away match against Thompson High School this afternoon. Come out and support the girls as they go up against their next section opponents!