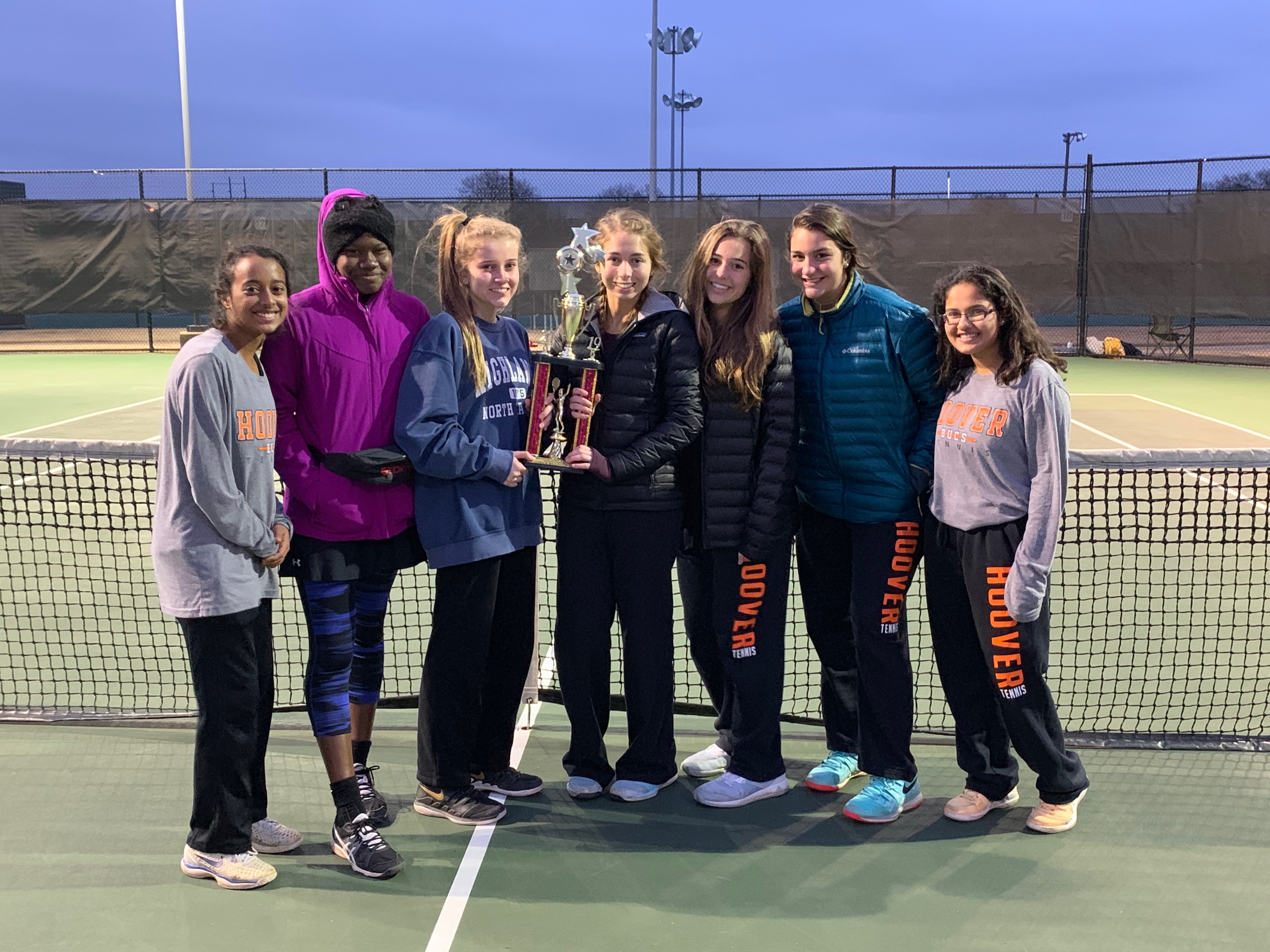 The Hoover Girls Tennis team had secured an exciting second place spot in the Decatur Tennis Tournament. Going up against some tough teams, the girls had even more of a challenge because #1 seed Kennedy Ward was out for the day, moving every girl up a seed and placing Sara Lopez as the #6 seed for the day.

Ward’s absence heavily impacted the doubles seeding as well. #1 doubles consisted of Angie Ward and Emma Burch. Both Angie and Kennedy were able to win their first two matches, securing their spot in the finals match against Decatur. #2 Doubles consisted of Segen Lister and Sara Lopez, and despite putting up a hard fight, they lost their first match against Deshler. Finally, #3 doubles seed Arya Tamhane and Sowyma Suresh easily won their first match against Deshler but had a tough battle to win against Bob Jones. Going into a tiebreaker, Suresh and Tamhane were able to clinch the win with a score of 7-2, securing their spot in the final against Decatur as well.

Doubles finals started right after singles, and once again, the Hoover girls were unable to secure wins against the impressive team that Decatur brought to the tournament.

Despite dropping matches to Decatur, the Hoover girls were able to earn enough points to easily secure their spot as the second place victors. The girls will play their next match this afternoon at an away match versus Oak Mountain. The girls will once again have a full roster, so it’s sure to be an exciting match!