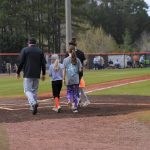 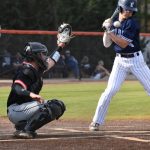 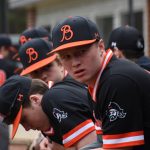 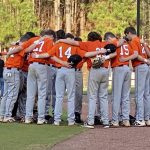 Bookmark this page to follow along for live scoring updates for all Hoover Girls Soccer home games. Go Bucs!

Bookmark this page to follow along for live scoring updates for all Hoover Boys Soccer home games. Go Bucs!

Bookmark this page to follow along for live scoring updates for all Hoover Softball home games. Go Bucs!

Bookmark this page to follow along for live scoring updates for all Hoover Baseball home games. Go Bucs!

If you are interested in playing Freshman Basketball we will be having Summer Evaluations soon!  This is NOT A TRY-OUT.  It is strictly voluntary and only an evaluation.  Evaluations will be held on June 16th, 17th, and 18th from 10:00-11:30 am at Hoover High School in the Competition Gym. IMPORTANT INFORMATION Prior to evaluations, all

We are excited to announce our new Men’s Head Basketball coach, Scott Ware. Scott started as an assistant for the Men’s Varsity Basketball team in August of 2013 and helped lead the team to Area Championships in 2013, 2014, 2017, and 2018. Scott also was a part of the state championship team in 2015.

Madge Irish Memorial Scholarship Fund F.A.M.I.L.Y  (Forget About Me I Love You) Madge England Irish worked in the Hoover High School Athletic Department as a bookkeeper for over 18 years. Madge was highly regarded by coaches, staff, and student-athletes. Madge and her husband Doug, have 3 children and 4 grandchildren.  She was a very proud “Emme” 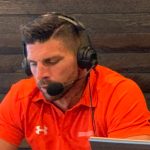 https://www.eteamsponsor.com/ets-chalk-talk-hoover-fb-josh-niblett/ Josh Niblett leads the most successful high school football program in the state of Alabama.  He is the only coach in state history to win 7 (yes, 7!) state championships.  Hoover, as a program, has won 11 out of the last 20 title games, and played in 16 of them.  It might seem like

We sit down with two more Seniors on what would be their run in the playoffs to a AHSAA 7A Baseball Championship.  Each week we will highlight three of our Senior players and look back at what made them love baseball, why they went out for the team and who were their influencers in life.

Every Friday for the past three weeks we have highlighted 3 Senior Varsity Baseball Players who represented the class of 2020.  This week would have been the AHSAA State Finals and these young men would have played an integral part if we would have had the chance to make it.  We will once again provide

The AL.com All-Birmingham Baseball ‘Terrific 20’ has been announced! Robby Ashford & Colson Lawrence were recognized on the list of Terrific 20 and Davis Young was recognized on “The Next 20”. Congratulations guys on a great career at Hoover High School! https://www.al.com/highschoolsports/2020/05/meet-the-2020-alcom-all-birmingham-baseball-terrific-20.html